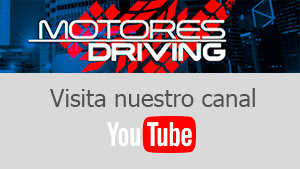 The annual Mexican National Team U.S. Tour, sponsored by Nissan, will make its first ever visit to Nashville, Tennessee on Saturday, October 8, with “El Tricolor” taking on an opponent to be named later at Nissan Stadium, home of the NFL’s Tennessee Titans. Ticket information for the match, as well as kickoff time, will be released at a later date.

“The Titans are excited to bring the Mexican National Team to this area of the country, and we are pleased to provide soccer fans with the opportunity to see one of the top teams in the world play,” said Tennessee Titans controlling owner and co-chairman of the Board of Directors Amy Adams Strunk.

Nashville Mayor Megan Barry also said: “We are incredibly excited to welcome the Mexican National Team to Nashville later this year. As Mayor, I believe that we have a fantastic opportunity to nurture a growing soccer movement in our city, and I know that our thriving Mexican-American community and soccer fans from throughout the region will be out in force to show their support for Mexico at Nissan Stadium. I’m sure this match will help to fuel the passion and commitment of the hundreds of our youth participating in school tournaments and leagues across the city.”

One of the hottest teams in the world of soccer, Mexico is currently enjoying a 17-game undefeated streak – the longest such streak for a national soccer team. The game in “Music City USA” will serve as an important tune-up for Mexico’s Head Coach Juan Carlos Osorio, who will look to fine-tune his squad for November CONCACAF World Cup qualifying contests. With the Nashville game being played during an official FIFA fixture window, the team is expected to field a top roster, including European-based players.

Now in its 14th year, the annual Mexican National Team U.S. Tour games have become one of the most popular events in the sport, with an average of more than 50,000 fans per match. The team opened the 2016 tour on February 10 with a 2-0 win at Miami’s Marlins Park against Senegal. Additional games have also been scheduled for May 28 against Paraguay at Atlanta’s Georgia Dome, presented by AT&T, and June 1 against Chile at San Diego’s Qualcomm Stadium, presented by Allstate Insurance Company.